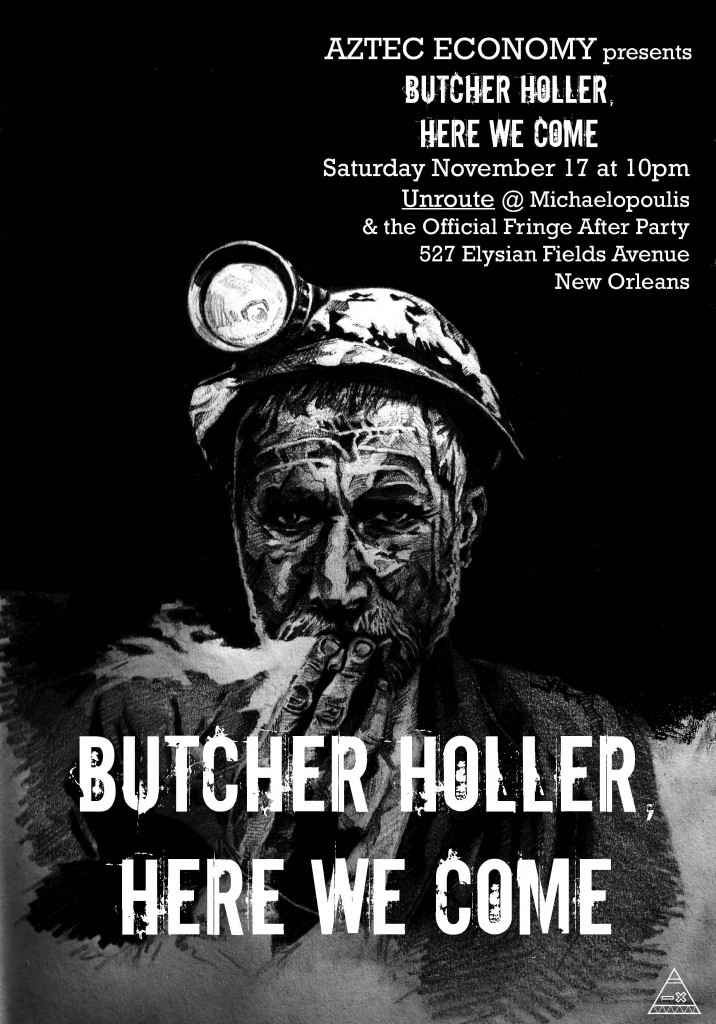 BUTCHER HOLLER HERE WE COME is the story of four workers trapped in a mine in the coal fields of West Virginia. A pusher, a driller, an engineer, a deputy pit boss, and the crew’s foreman are trapped when an unexpected explosion rockets through the mine. With their foreman unconscious, the remaining miners are forced to deal with the life-and-death choices of survival- as well as the turbulent history of small-town secrets which connect them to each other. Blending Aesop’s fables, Loretta Lynn fandom, chain gang field hollers, the dissociative effects of ketamine use, and the complicated world of slope coal mining (with its dialects, hierarchies, unionization struggles, and history of disasters), BUTCHER HOLLER HERE WE COME is a journey into the darkness of the human psyche and its ruthless social order.

A full NYC presentation sometime in 2013.