MY AIM IS TRUE

Southeast Texas theatergoers will experience a different kind of live performance as theatre groups Ad Hoc Beaumont and New York’s Aztec Economy present My Aim is True on Saturday Feb. 9, Friday Feb. 15, and Saturday Feb. 16, at 7:30 p.m., on the grounds of the Spindletop-Gladys City Boomtown Museum at Lamar University.When a mysterious stranger wanders from the night into a small western town, he runs into a slew of crooks, creeps and faces from his past. What drew him there? And will anyone survive to see him disappear back into the night?With a mix of dark humor and operatic mayhem, My Aim is True is a theatrical homage to the cinematic works of Sergio Leone, Sergio Corbucci, and the Italian- style Western.First produced as part of the 2010 Crown Point Festival in Lower Manhattan, and, subsequently, at the 2011 New Orleans Fringe Festival to widespread critical acclaim as well as “Top Picks of the Festival” mentions, this production employs a collaboration of some of the original cast with actors from New York and Beaumont to embark on a traveling narrative through the buildings of Gladys City. Through staging, movement, costumes and music, My Aim is True recreates the gritty world of 1970s Spaghetti Westerns with humor and pathos. 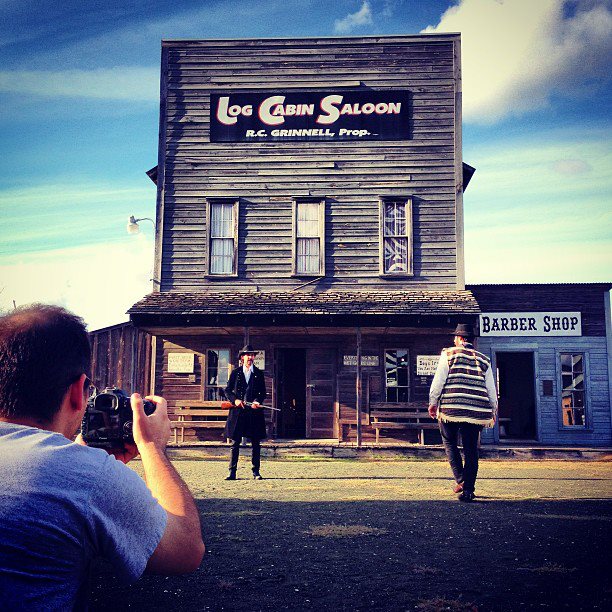